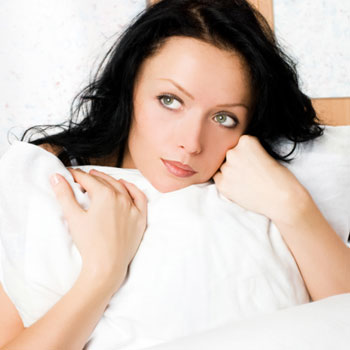 Who says there's no such thing as bad sex?

While most men might argue that bad sex is better than no sex or that beggars can't be choosers, that's honestly far from the truth. Sometimes sex just isn't memorable. The good news is that if you've found someone you really love (or like), it's possible to improve bedroom behavior.

Women's bodies are all so different. One woman isn't aroused in nearly the same way as another woman. This can cause a guy to feel inadequate in a new relationship because he has no idea what to do to please you.

It's highly likely that your guy is using techniques that he successfully tried on other women. The problem is that it doesn't work on you.

If you're unsure on how to move forward without leaving your relationship in the dust, start by communicating with him. You don't want to make him feel awful by saying something like, "I really don't like what you do down there." Instead, try something like, "I would love to show you what gets me going if you want to watch."


Your guy will not object to this if he really wants to please you. He may even be thankful that you're finally giving him a clue about what he needs to do.

You guys are getting hot and heavy with some kissing, and his hand starts to creep down to your crotch. You immediately think the worst, because you know it's not going to be a good time with his rough hands that seem to have no control.

Instead of dreading what he is about to do, lay your hand on his and move it the way you like it and want it. Let go at times to see if he gets the hint, if he doesn't, lay your hands on his again to show him what to do again. You can even whisper, "I like it like this...more like this."


When His Penis Is Too Small

Unfortunately, not all men are as well-endowed as you want them to be. For this reason, you need to adjust the sex according to his size.

The best way to accommodate a smaller penis is to lie on your back in missionary position and bring your legs up as close to you as possible. This will help him penetrate deeply, increasing your sensation.

If you can't bring your legs close enough to you, try to lie on your back or stomach and keep your legs together. When he penetrates you that way, it causes you to be tighter so you'll feel more of him.

When His Penis Is Too Large

Bigger isn't always better. This is especially true when you have a large guy with a petite woman.

To accommodate his large size, make sure you are lubricated enough from foreplay before penetration. Stay on top during intercourse. That way, you can control how deep his penis penetrates.


If he insists on being on top, communicate how far he can go so he doesn't hurt you. You can make him feel a lot better about himself by acknowledging that it's because of him being so large.

Spice It Up to Make Bad Sex Better

People in long-term relationships often think they can't have wild sex. They think because they have been with the person for a while that it's not supposed to be exciting anymore.

This is simply not true and the reason why so many long-term couples have issues in the bedroom. You can always have wild sex, as long as you make it that way.

Try to bring in different sex toys, so you both can have fun trying them out. It's a perfect way to find out what each of you likes and increase sexual communication.

If you see something on television or a movie you want to try out, watch it with your partner to show him what you would like to do with him. He'll get excited seeing someone else in the moment and then want replicate it with you.


Everyone has fantasies, but not too many people share them, especially with their sex partners. Sharing your fantasies with your partner is one way to make bad sex better.

Scared that he'll think you are too much of a freak? Start with a fantasy that isn't too shocking first to see how he handles it. If he isn't too surprised by it, share a little more as you gain confidence in his reactions. Soon, you'll likely be able to spill out all the parts of your fantasies with the objective of making them come true.

When Bad Sex Is a Symptom

Many people focus too much on a symptom of a problem, such as bad sex, rather than trying to identify the cause. Many times, the real issue is the relationship and not the sex.

When people are upset, resentful or not emotionally connected to their partners, sex will suffer. They won't feel like doing anything to increase sexual pleasure because they aren't interested in receiving pleasure from it.

To make bad sex better when there are relationship problems, you need to attack the problems outside of the bedroom first. When you develop a stronger bond in your relationship, your sex life naturally will improve.


It Takes Two to Have Better Sex

Making bad sex better involves getting your partner involved. If he is not willing to change because he's not interested in pleasing you as much as you want to please him, you may want to think about your relationship with him.

Selfishness in the bedroom can sometimes overlap into the relationship, which can cause serious problems. Identifying the reasons why he doesn't want to please you will help you decide if you should move on to someone who is much more attentive to your needs and wants.