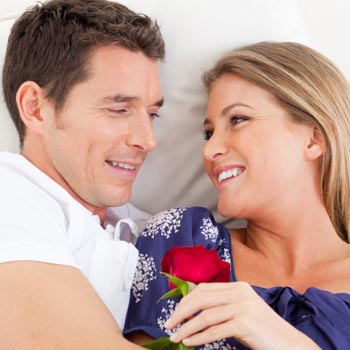 Is on-again, off-again the story of your life?

Plenty of couples break up to make up. It's an age-old dilemma that even the best of us face. As romantics, we're often compelled to rekindle that troubled romance and take another shot at love. But is it really okay to reconcile with your ex?

Only you can say for certain what is right or wrong for your situation, but our friendly advice and little nuggets of wisdom will hopefully provide some food for thought during this period of soul searching.

What caused the breakup?

It's important to think back and try to be objective about what led to the split. Regardless of whether it was mutual and amicable, or if you were the dumper or the dumpee, there is almost always a reason behind the split. Far too often we tend to gloss over the negative and focus entirely on the positive in times like these; the heart wants what it wants, as they say.


Ask yourself the following questions and answer them honestly:

When analyzing the pre-breakup relationship, it can be helpful to write down a pros and cons list. Be brutally honest with yourself. Small self-deceptions will only harm you in the long run so save yourself some heartache.

Oftentimes, getting back together with an ex happens because we expect that person to have a major epiphany and change. Perhaps he has promised to curb his inconsiderate ways. The harsh truth is, we are who we are. Many a breakup has occurred throughout human history because we have tried to change the person with whom we're together. However, it's unlikely you'll ever witness the transformation you've been awaiting.

Idiosyncrasies included, you must accept the individual as he or she is. You can communicate your grievances, and he may even make genuine efforts to acquiesce to your demands in order to be with you. But saying you are going to do something is much different from actually living it. So be wary of promises. Take some time and observe the "change." If his actions revert back to the same old situation, you'll know that his words -- along with his promise -- were empty.

The Heart vs. The Mind

The epic internal dialogue, the subject of countless books and films, what's right: the heart or the head? The song doesn't lie: breaking up is hard to do. While your rational mind may be telling you that it's not worth the emotional rollercoaster ride, the heart wants to put a quick end to the heartache - it says, if it feels good do it.

Usually, the heart is victorious. When you break up all over again, the mind scoffs at the heart's weakness. These two entities don't have to be diametrically opposed. Sometimes they do sync. It's all about striking a balance, and experience dealing with both life forces will arm you with wisdom in the future.


Don't get stuck on the notion that he's "the one;" there are plenty of fish in the sea that are probably just right for you. Getting your heart broken a few times will force you to be more selective about who you let in, while allowing your mind to recognize the red flags as early warning signs not to continue in a bad relationship.

Even when we know it's wrong to get back with an ex, we do it anyway. Why? Sometimes we have to make our own mistakes in order to learn from them. As long as the relationship wasn't abusive in any way, it's okay to give yourself this permission. The point is to grow as a person, take what you can from the experience, and resolve not to walk the same path the next time.

The 5 Stages of Grief

The grieving process doesn't only apply to the death of a loved one. The 5 stages of grief can be used for breakups, too. Identifying where you stand with your grieving can shed some light on whether you're ready to take him back.

The Logistics of a Relationship

Some breakups happen because of practicalities. For instance, one person is relocated out of state because of work or school. Additionally, a good relationship can begin too young and a desire to sow one's wild oats and experience what else is out there may emerge.

If you choose to try again, give yourself a time frame. If things aren't working out again, vow to end them after a set amount of time. After all, you could be much happier in a new relationship with someone who is appreciative and actively building a future with you than trying to resuscitate a failed relationship. A relationship should make your life better, not worse.

Poet Kahlil Gibran once said: "If you love somebody, let them go, for if they return, they were always yours. And if they don't, they never were." Sometimes we have to take our own roads in life, and if those paths have the chance to meet again, there's nothing wrong with picking up where you left off in your relationship.