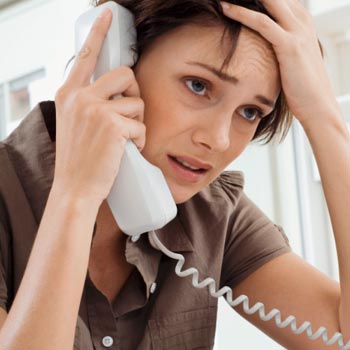 We hear so often, "Don't take it personally." What does this really mean? The answer is NOT simple!

Let's say that you are in a great mood, feeling loving and expansive, and someone - either someone close to you or a stranger like a clerk in a store - is withdrawn or attacking.{relatedarticles}

This is when it is important to not take it personally. Their behavior is coming from whatever is going on for them - they are tired, not feeling well, feeling inadequate, angry from a previous interaction, judging themselves, coming from their own fears of rejection or engulfment, and so on. When you take their behavior personally, it is because you want to believe that you have some control over their behavior. You want to believe that if only you were different, they wouldn't treat you badly. This is a huge false belief, as you have no control over what is going on with them, and their behavior has nothing to do with you.


On the other hand, let's say that you are in your ego wounded self, and you are shut down, harsh, attacking, blaming, or people-pleasing. When this is the case, if others are also shut down or attacking, their behavior might be personal to a certain extent. They might be taking your behavior personally and reacting to it from their own ego wounded self.

While you are not causing them to react with withdrawal or attack - it is the fact that they are taking your behavior personally that is causing them to react - you are also not innocent in the interaction. So it is always important to notice your own open or closed energy to see whether their behavior is not at all about you, or whether they are being reactive with you.


Likewise, if you are the withdrawn or harsh one, and a person close to you is not taking your behavior personally and are feeling their own core painful feelings caused by your unloving behavior, they may choose not to be with you. They might not want to be with you when you are withdrawn or attacking. In this case, it is important that you DO take their behavior personally and explore what you are doing that is resulting in exactly what you likely don't want - their moving away from you.

The bottom line is that if you are being open and loving, then it is important to never take another's behavior personally. If you are operating from your wounded self and are withdrawn or attacking, then you might want to explore your own behavior when others are also withdrawn, attacking, or when they disengage from you because they don't want to be around you.

Margaret Paul, Ph.D. is a best-selling author of 8 books, relationship expert, and co-creator of the powerful Inner Bonding® process - featured on Oprah. Discover real love and intimacy! Click here for a FREE CD/DVD relationship offer:http://innerbonding.com/relationshipmicro/relationship-micro-1/ and visit our website at http://www.innerbonding.com for more articles and help. Phone Sessions Available.