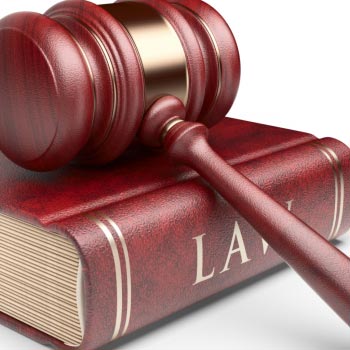 Sometimes getting busy in new, creative ways is almost so much fun it's illegal – and it is in some states! That's right – the United States has enacted laws that prohibit certain sexual activity. Whether they're ancient laws made for a specific reason that simply stayed on the books or newly made laws, they're still enforceable, so be careful. Here are a few of the strangest laws against nookie that you might find in this great land of ours. Is it your first time at the sex rodeo? Well, you and the rodeo clown better not consummate your relationship in front of the horses. That's right – in Massachusetts, it is illegal to have sex with a rodeo clown when there are horses present. If you live near the airport in Kidderville, N.H., then don't hang your delicates out to dry. Their laws prohibit hanging lingerie on a clothesline near the airport. In other indecent news, it's illegal for men to wear swim trunks only in public – in Hawaii! If you want to don a bathing suit in Kentucky and are of the female persuasion, then you must have a police escort on city streets.
Moving over to the Southwest, things get even stranger because Arizona and Texas are pretty picky about the number of, uh, sex aids you have. In Texas, you can't own more than six dildos, and you're limited to just two in Arizona. Moving out to the Midwest, Iowa has a bit of an oral fixation. Men in Ames are prohibited from taking more than three swigs of beer while in bed with their wives, and throughout the state, it's illegal to kiss for more than five minutes at a time. In Michigan, gonorrhea prohibits you from getting a marriage license. But by far, the sex act that's most prohibited by these seemingly antiquated laws is adultery. In New York, fuggedaboutit. All adultery is illegal. And across the country in California, officials can slap adulterers with a $1,000 fine. And in Bill Clinton's home state of Arkansas, you can be fined a reasonable $20 to $100.