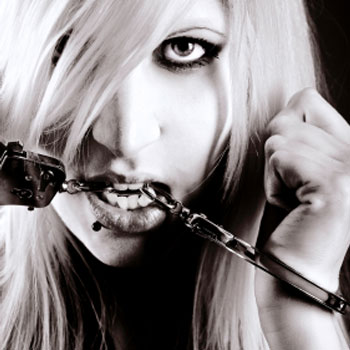 Unless you've been living under a rock for the past several months, you've undoubtedly heard the rave reviews surrounding E.L. James' book "50 Shades of Grey."

Judging from the success of James' "50 Shades of Grey," readers are lining up to read about erotica. Just reading this type of content would be enough to make most people blush, let alone write about it.

However, if you feel comfortable writing about sexually explicit content and can effectively create characters that readers can connect to, there is a market for it. If you are interested in writing for this genre, here are some tips to help you with the writing process.

Nobody wants to hear the same plot over and over. Having a deliveryman or a repairman come by and seduce the housewife has been done before. Think of something more original. It could be something that's happened in your everyday life, just spiced up a bit. Use your imagination and be creative.

Or you can think of a sexual fantasy that you'd want fulfilled. This may give you some good ideas or at least a good starting point for your writing.

Give the Readers What They Want

The reason why "50 Shades of Grey" has garnered so much buzz is that it's wish fulfillment on behalf of the readers. The book is giving them something that they're not used to getting at home. So the trick is to come up with a sexual fantasy so off the wall, something that the average couple would be unlikely to engage in.

Erotica is about obtaining the unachievable. Erotica allows readers to live out their fantasies, which makes it so interesting.


However, at the same time, be somewhat realistic. People are real and have flaws. Although you may want your story to have a certain aspect of perfection, having a person who has flaws and vices makes it more exciting. Too much perfection will make your story boring.

In the narration, try to keep some elegance. Try to keep a balance between blunt and euphemistic. It's fine to use some off-color language in the dialogue, but the narration should not use language that is too graphic or unintelligent.

Sure, erotica is about two people having sex. That's a no-brainer. However, you need to add details in order to engage the reader. Any book can say "Then they had sex." How did they have sex? What were they doing? Where did they have sex?

What did the people look like? What were they wearing? What were they saying? These questions need to be addressed with as much detail as possible, or else readers won't be interested.


Don't Move Too Fast or Too Slow

Along the same lines, you don't want the action to move so fast or so slow that readers get confused or bored. Although you want details in your story, don't focus too much on insignificant ones.

At the same time, you want the action to flow at a normal pace. Don't change scenes too quickly. You need to allow time to build up to the sexual act. You shouldn't be talking about sex in the first sentence or even the first chapter of the book. Lead up to it. Allow readers to anticipate it.

A successful work of erotica includes lots of action as well as dialogue. The people involved need to be talking. They can't just meet and have sex right away. Dialogue sets the mood and shows the character's personalities.

Plus, dialogue can make a naughty scene even naughtier, or a silly one even sillier. Also, don"t be afraid to use metaphors or double-entendres. These are when you say one thing, but mean something else (like sex). It works as verbal foreplay, building sexual tension until the main event (the actual sex act).

It can be hard to describe sexuality, so do some research if you don't feel comfortable writing. You may want to read stories from other erotica authors to get a feel for the type of description and wording to use. This is especially true for men, who sometimes don't feel the need for description. However, women tend to be more descriptive, so they often have an innate knack for describing things spot-on.

As for the sex scenes themselves, you don't need to have experienced them in real-life, although some authors do choose to go that route. They might describe what they did in first person, which is difficult for new writers.

However it's best to do whatever makes you feel more comfortable. If you do write about a real-life sexual experience, be mindful that it might offend your partner. Be descriptive without making it too publicly known. Try to maintain some anonymity.

Write as if nobody will read it. Let your creative juices flow and just write. It can make you feel vulnerable because you are exposing a part of yourself and your inner fantasies, but you need to be able to eventually be OK with that and gain a sense of comfort. Start out by writing in somewhat risqué language and then move up to juicier scenes once you feel more comfortable.


It may take some time. Writing about sex is not the same as writing about your pets or your children. Many people still believe sex is taboo, which makes it difficult to express yourself sexually without coming off as a slut.

Admittedly, writing erotica is not for everyone. Some people would die of embarrassment talking about sexual fantasies, let alone writing about them. It takes a special person to be able to write sex scenes without embarrassment.