Don't waffle your way through another boring breakfast, vamp up your plate with these incredible Belgian waffles. Prepare the batter the night before for easy baking the next morning. It will bring you good cheer to start your day off right. 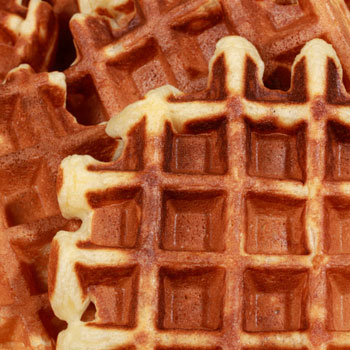 Beat the egg whites with an electric mixer until they form soft peaks. Set aside in another bowl. In the same mixer bowl, cream the butter until fluffy and beat in the egg yolks -- one at a time. Add the flour and sour cream alternately, beating well after each addition. Stir in the vanilla, salt and nutmeg, if desired. Fold in the egg whites. Bake in a preheated waffle iron according to manufacturer's directions.